About Us » Joaquin Castro's History

First Lieutenant Joaquin Castro was a hero in the truest sense of the word. He was born in Mission, Texas, on July 18, 1916, to Crispin and Ramona Castro. Joaquin attended Mission Schools and Edinburg Junior College. He decided to join the Army Air Corps in 1941, and was declared "Missing in Action" on February 1, 1943, at the age of 26. Lt. Castro served in the Pacific Theater as a B-17 pilot. He received the National Defense Medal, the Distinguished Flying Cross, and the Air Medal with an Oak Leaf Cluster.
Lieutenant Castro was commissioned at Luke Field, Arizona in 1941, and was stationed at Hickam Field in Hawaii at the time of the Japanese attack on Pearl Harbor on December 7th. Hickam Field suffered extensive property damage, aircraft losses, and personnel casualties totaling 139 killed and 303 wounded. The bombing and strafing of Hickam Field was an important objective, because the success of the Japanese attack on the Pacific Fleet at Pearl Harbor was dependent on eliminating air opposition and preventing US planes from following their aircraft back to their carriers and bombing the task force. Castro was not injured, and in fact was able to get his B-17 off the ground and in the air where it would not be as easily attacked by the Japanese attack planes. He went on to fly numerous missions against enemy forces.
On one such mission, Lt. Castro and his crew experienced instrument problems and were forced to ditch their aircraft as it ran out of fuel. He and eight other crewmen spent the next four days adrift in rubber life rafts without food or water, somewhere off the coast of Oahu.
J. Castro students can be proud of the legacy of this great American. His life proves that anyone can do anything they put their minds to. From humble beginnings Joaquin Castro was able to work hard all of his life in order to finish college, become a pilot, and defend his country.
Joaquin Castro Elementary School is proud to carry the name of this native Mission hero.
Texas B-17G Raiders
To learn more about the life and history of Joaquin Castro you may visit the following site:
Living on and Under the Wing: A Biography of 1st Lt. Joaquin Castro 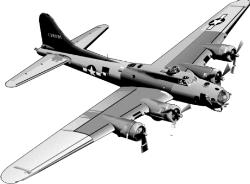 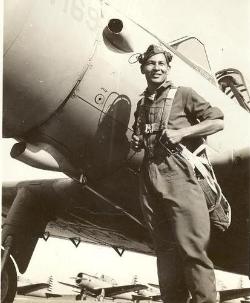